Meanwhile will be an ongoing suggestive reading series, giving you some fun reading for your week from writers and sites I love!

Firstly, filmmixtape will be hopping onto one of our favorite ongoing series started by TheFilmExperience, Hit Me With Your Best Shot, which showcases chosen “best shots” by head writer Nathaniel Rogers and his loyal following. The coming two entries will be for A Room with a View and Repulsion. Check out past entries from filmmixtape favorites like Under the Skin, Black Narcissus, and Paris is Burning. 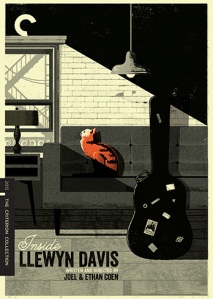 As teased at the beginning of the year, Criterion is releasing the Coens’ Inside Llewyn Davis. It’s my favorite Coen Brothers joint, and how can you not swoon and chuckle over that Ulysses the Cat centered cover art?

I’ve already dropped David Ehrlich’s a24 profile into one of the first posts already, but in case you missed it, here it is again! It’s a hyperbolic blast and a real treat.

Have you taken a trip to Crimson Peak yet? If so, here’s a great dive into Guillermo Del Toro’s newest over at Thompson on Hollywood, showcasing the creating of the film’s aesthetic.

Speaking of Thompson on Hollywood, check out Anne Thompson and Indiewire’s chief critic Eric Kohn’s weekly podcast Screen Talk. This is my weekly must-visit podcast and a great source to hear about what you might be missing at the movies.

Kris Tapley examines the Golden Globes Comedy categories and the opportunities for some film to gain some awards recognition with dubious placement. Groans are happening due to The Martian opting for the comedy race. Opportunistic or not, I think that placement is accurate.

Beasts of No Nation hit Netflix yesterday (and few smattering of theatres throughout the country). I’ll have my write-up soon, but suffice it so say, I wish I had the opportunity to see it in a theatre. Sasha Stone discusses the film itself, its awards potential, and the viability of Netflix as a theatrical distributor over at AwardsDaily.

Let me know in the comments section anything fun or exciting that you’re reading! I’ll have another Elsewhere for you all next week, and thank you for continuing to support the site!