SHE’S BRINGING SEXY BACK. Alright, y’all, let’s talk LAW: Lesley Ann Warren that is. Laying it down heavy TV-princess-style, Miss Warren brings all the sex appeal you can stuff in a size 2 dress to an otherwise unsexy cast (no offense Michael McKean lovers).

I battled over how to go about discussing Miss Warren’s Clue performance here, and as I’m sure you’ll deduce, dear reader(s), my thoughts are by no means organized or completely thought out; let’s consider this stream of consciousness, shall we? I almost decided to point out the foibles of her performance but couldn’t find how they failed to serve the story, character, or attitude of the film, so that went out the window. For a fleeting moment, I thought it would be nice to show how she had “reinvented” herself from her former Cinderella persona, but I don’t
know enough about her career-to-personal-life trade offs as I’d like to write such a diatribe. I landed on what’s on the surface: the sultry, murdering, backstabbing, seductress/brothel-owner/operator.

[I don’t know where all these quotation marks and hyphenated phrases are coming from, so I apologize and ask for your fun-loving forgiveness.]

From the very introduction of the “Vix of the Six” (trademark pending) we are playfully backhanded by the costume for Miss Scarlet. The uproarious high collar backing to her slinky, shimmering green, cling-dress (my term, trademark pending), offsets the low cut of the “will-they-won’t-they” bust of the film. Even Yvette’s cup-size-runneth-over, heaving rack seems more stable, yet adds a very different layer of comedic joy. Perhaps I’ll expound more upon Yvette later, but I must return to my goddess at hand. As we see Miss Scarlet, she is stranded on the side of the road and decides to use her feminine wiles and assets to get her out of her current damsel-in-distress situation. As over-the-top as her execution is, even from this early point, we know Miss Scarlet is the sex of the movie. Christopher Lloyd’s Professor Plum uses a rainy run from the car to…try to get “acquainted” with one particular curve accentuated by the lady’s dress. So let the games begin.

It seems the very nature of Miss Scarlet is to make each interaction with a male character dirty in some manner. Her first line is 100% laced with flirtation: “Yes, please.” Innuendo is her language of choice and it is a perfect choice for such a character. My favorite is, of course, her reaction to getting a box from Mr. Body, “I enjoy getting presents from strange men.” Considering her line of work, the ways in which that can be taken could fill ANOTHER film. 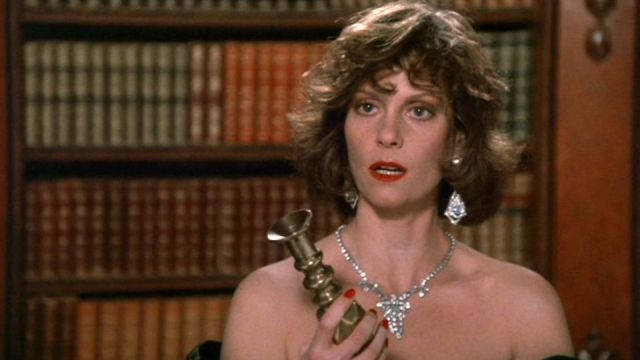 I almost wish the writers had allowed the ending to simply name Miss Scarlet as the killer, thus allowing her to become the damsel at the center of a film noir. But who would have been the man to have some to his ultimate demise which is set into play upon meeting her? We’ll leave
that for another day…

To make a long story shot—TOO LATE—the enchanting Leslie Ann brought all the right moves to a character that finishes the puzzle of Clue with a tight use of innuendo and a wink to all the stereotypical film noir ladies that proceeded her. 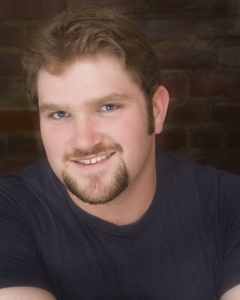