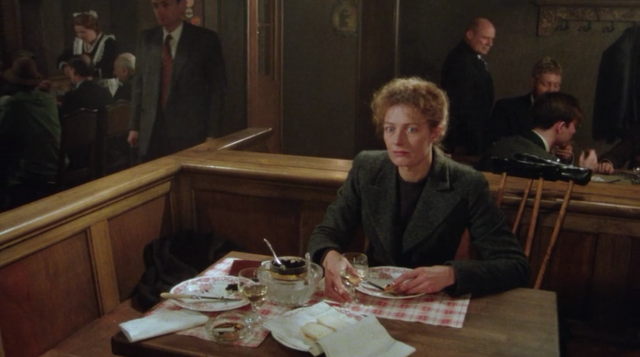 Douglas Slocombe captures the film as both gilded memory and hazy myth. The past is at once hazy and heightened, Lillian’s reflections on Julia all too precious like our own most cherished memories. There’s a hugeness in the emotional intimacy, a conviction of feeling that makes Julia especially mythic – the closest confidant that is also completely unknowable. Vanessa Redgrave’s performance is both evasive and direct with Fonda the exact opposite feeling too much and letting it all out.

But Fred Zinnemann also directs the film with immediacy, crafting the urgency of the growing threat without diminishing the film’s more contemplative instincts. Julia is ultimately a memory piece, but he presents time as a jarbled mess of the past informing the present and the opposite. Zinnemann crafts a film that is as pensive as it is ennervated, its intellectualism enhancing the emotional experience.

Of the 1977 Oscar nominees for Best Cinematography, Julia is the most evocatively gorgeous. A passive viewer could bask in its soft focus and vivid color story with digestible ease, but if you let it grab your brain with your eyeballs it cuts to the quick. Close Encounters may be my pick for the win, but this is an easy second.

You could settle for a Best Shot here simply on beauty alone, but I went with… 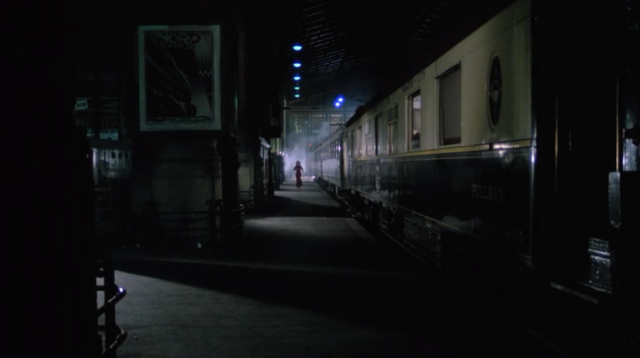 The helplessness of a shot of growing dread, the red of her dress making her an open target in plain sight. An immaculate visual representation of Lillian’s inner terror.