Following the lovely and unimposing Love is Strange (and to a lesser extent the isolation of Keep the Lights On), Ira Sachs latest film Little Men proves that the writer/director’s New York City is just about the most honestly realized world in contemporary movies. Men plays like Strange‘s slightly more hardened cousin, the worlds of both so rooted in Sachs’s signature compassion and honesty that it’s as if both could be happening concurrently. The diverse world he builds of humble intellectuals doing their best with inconvenience is even more nuanced here, bursting with no-win compromises for all and a powerful cinematic modesty. 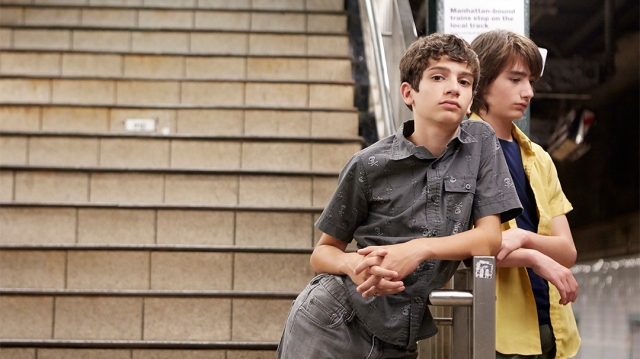 It’s become a style that makes Sachs’s work immediately recognizable, his voice coming through without the mannered tics or inventive wordplay of his peers. If it feels precious to the audience, it’s because the director is organically building a world that’s all too true to real life.

Again co-written with Mauricio Zacharias, Men another Sachs study on identification and real estate, this time mostly focusing on teenaged pals Tony and Jake (Michael Barbieri and Theo Taplitz). Tony’s mother Leonor (a simmering Paulina Garcia) runs the dress shop underneath Jake’s family home, both of which are owned by Jake’s grandfather who’s death incites the film. When Jake’s parents (Greg Kinnear and Jennifer Ehle) need to raise Leonor’s rent above the deep discount she had been receiving, that’s when things get complicated – but without the dramatic histrionics you might see from a director who doesn’t trust their characters to breathe.

Men is also filled with words unspoken. Rather than characters such as Leonor feeling incomplete or underwritten, Sachs and Zacharias are granting them even more reality by allowing them to be strategic about their privacy. The identity of Tony’s father is a particular detail left both unclear for the audience while allowing them to draw a certain conclusion, especially for how emblematic it is for two character’s inability to get on the same level in one scene. Even when we lay things out plainly for one another, we can’t get to understanding if we hold back on saying the thing. 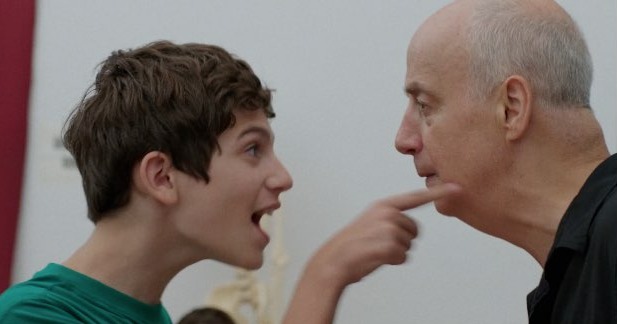 That aching restraint is also on display in Jake and Tony’s relationship, with Jake’s queerness only bright to light by a playground bully without Jake being present. When the boys’ conversation naturally leads to teenage talk of crushes, the scene buzzes with unacknowledged identification, the boys having two different conversations entirely. Their relationship will ring all too true to those gay men who had purely straight male friends in youth, and the otherness you had only begun to understand. The visual language used to express Jake’s lack of gay self-awareness contrasted with Tony’s warmhearted micro-heartbreaks is simply breathtaking.

With gayness, disappointment, and financial woes all being major themes of the film, it’s Sachs’s almost miraculous touch that keeps the film’s wide breadth both cohesive and unburdened by darkness. His voice is optimistic without being cloying, tough but not cold. Is anyone else packing this much detail and intimacy into swift, but unrushed 90 minute films? My money says “no”.

Little Men is also quite entertaining (an acting class scene is one of the summer’s most hilarious and a showcase for Barbieri), satisfying the drama without getting unnecessarily heavy. Balancing delicacy with confidence, the film goes a long way to further establish Ira Sachs as one of our most vital filmmakers, and hopefully no longer one of our most underrecognized.