Occasionally there is a film that can make you want to scream at the screen “People don’t talk like this!” Reality in film is never a necessity; language itself can be absurd, heightened, merely a tool to be morphed to serve the film. But sometimes the literal words out of the mouths of characters only reveal the misguided point of view failing the film at play. 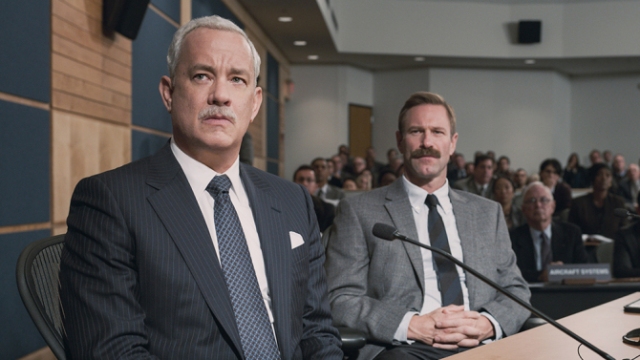 Unfortunately Sully is such a film. A new nadir for director Clint Eastwood, the film shows the director completely asleep at the wheel. It’s a film from a director who has turned off their eyes and ears to the world, completely disassociated from the reality it tries to create. Based on the true story of Captain Chelsea “Sully” Sullenberger (a rare flatline performance from Tom Hanks) and his miraculous emergency water landing of a US Airways passenger plane in 2009, the film becomes accidental farce.

Had Sully not made its unrealized intentions so plain, it would come across as the work of a cruel nihilist who thinks human beings are inherently dumb. But the film wants to be uplifting and driven from a common humanity – awe for the hero and identification in the survivors. Eastwood has every tool at his disposal to achieve that but utilizes exactly none of them. Even the casting choice of Tom Hanks, an actor who inspires immediate trust and reverence, is sluggishly realized by ignoring all of Hanks’s best assets that create that kind of audience response. The film coasts until it abruptly sinks. 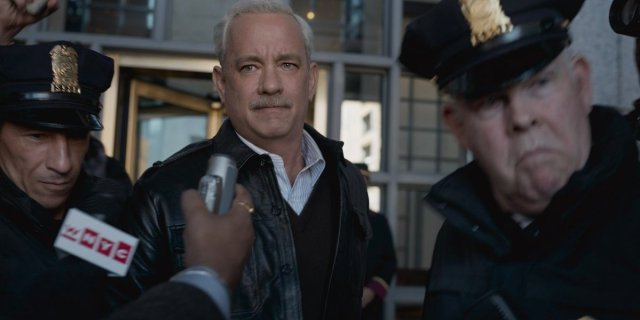 Also discouraging is the disturbing gender disparity on display. Laura Linney as Sully’s wife espouses retrograde rhetoric on her repetitive phone conversations to her husband. She is both prisoner to the phone locked in her hands and to her own emotions, sheepishly apologizing for everything and almost for even existing. Ancillary female characters are deferential to men or behave irrationally, like hugging complete strangers while functioning in a professional capacity.

But it’s more than character presentation that is sloppy – the production value reaches stunning lows. The visual effects (particularly in the opening sequence) are gobsmackingly pained, blending the rubber CGI and questionable play on post-9/11 anxieties a freakish cable network quality. The editing is both lethargic and pinched, paced erratically and without clear vision. The crash sequences should be the film’s terrifying core, but are rendered almost tension-free.

With all of this seeming disregard for the human story the script grasps toward, how can we expect Sully‘s hero narrative to take hold?