Personal, political, and built with indefatigable spirit, Kiki is a no bullshit, all ferocity documentary debut from Sara Jordenö. Following the current LGBTQ ball scene of New York City, the film is part baby cousin, part update to classic Paris Is Burning. If not as immersive as that landmark film, Kiki is populated with as many absorbing characters within its passionate world of outcasts. 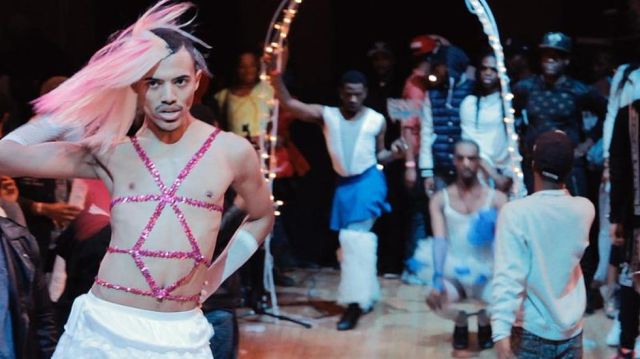 Comparisons to Burning will come easy to most, especially considering Kiki hardly shies away from recognizing that film’s impact on our understanding of the subject (and without hijacking Burning’s distinct visual identity). Despite existing in a post-MTV, insta-fashion era, Kiki feels unburdened by contemporary influences, defining itself by its youthful pulse whenever a moment seems structurally familiar. Even if the Category is not “Trendsetter”, it is still “Fresh As Fuck”.

The film doesn’t mince words in political import, nor does it dull its urgency by resorting to tired or easy platitudes. The participants get to speak for themselves about how the world views their queerness, the dangers and emotional hardships inflicted upon them by the binaries of an unkind world. The intersectionalities of race, economic, and gender equalities are held in tension rather than providing any reductive emotional safety net for the sake of audience uplift. The hope (and it has plenty to spare, hard won and unstoppable) is in the truth of their lives, from trans straight-shooter Gia, to leader (and cowriter) Twiggy Pucci Garcon, to the charismatic and indomitable Chi Chi Mizrahi.

Kiki forms its own lush visual identity, at times lyrical or propulsive and other times more stoically introspective. If less powerful moments of talking head documentary standard are less innovative, Jordenö has an eye for detail when it’s most crucial: the interactions of each house’s family and the electricity of their performance. You would almost think the camera was breathing right along with them, but she’s mostly patiently capturing the moment and allowing the subject to speak for themselves in body, mind and spirit.

For Kiki is never more alive than when witnessing the triumphant power of the balls. The performers aren’t transformed by them, they are self-actualized. What Kiki realizes is that the performances is as integral to the performer’s identity as any of their soul-baring confessionals. Whatever the film may do to rely on Paris is Burning’s structure, it thrives by presenting new individuals who cannot be subdued. Or denied.