The mere presence of sex is not sexy. But tell that to Colette, the new biopic on the famed early century literary sensationalist from Wash Westmoreland and starring Keira Knightley. It’s a film that finds the suggestion of kinky congress to be enough to stimulate, less soberly matter-of-fact about the true sexual adventures of its subject than it is clinical. Here sexuality is like a scientific catalog, presented with the chaste informativeness of a bibliography. “I don’t know if you know this,” the films whispers at us through a musty lace handkerchief, “but people are prone to bump uglies. And in various sorts of ways!” 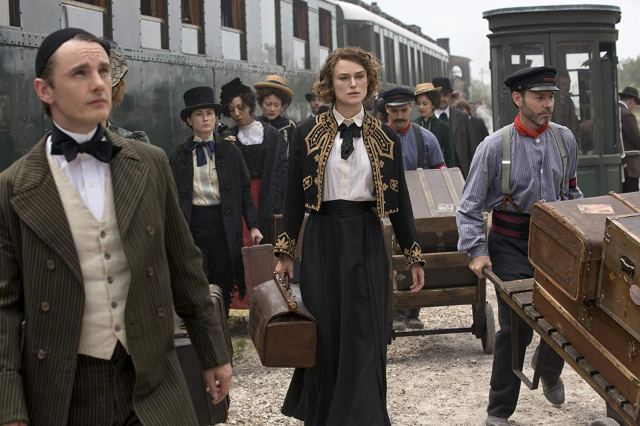 Similarly, the film doesn’t spark to its provocateur subject, falling into rote storytelling mechanics we have seen in countless other depictions of creative innovators. Knightley is the eponymous Colette, charting her rise from humble farmgirl to ghostwriter for her husband Henry “Willy” Gauthier-Villars to independently famous writer and actress. Colette’s works under her husband’s name become a sensual sensation, sparking the obsession of particularly of French women. Meanwhile, the sexual openness between Colette and Willy and their extramarital conquests serve transparently as material for her work, helping to create her own daring persona.

But as Colette expresses herself through gender and sexual fluidity, Willy reveals to be the non-revolutionary of the two, stuck firm in the traditional view of the roles of men and women. Her reclaiming of her work and coming out from behind Willy’s name is ultimately her fiercest claim of independence from male-dominated society, in the film’s view. If the film has much perspective to offer, that is. It’s all the beats we are accustomed to with material such as this, but told expediently as if pacing alone can keep things interesting. It helps, but shouldn’t be mistaken for cinematic personality.

The film wears its potential for contemporary significance like an ornate accessory, winking at us half-heartedly as it mostly stresses familiar framing and knee-deep insight on real historic figures. It feels like a film with all of the tools to make something exciting right at its fingertips, but unmotivated to seize them. Wash Westmoreland directs it serviceably and inoffensively, making an acceptable appetizer as we wait for something more demanding. But despite its plentiful assets, the film’s limited perspective makes Colette’s liberation oddly unsatisfying. You crave a female perspective especially. 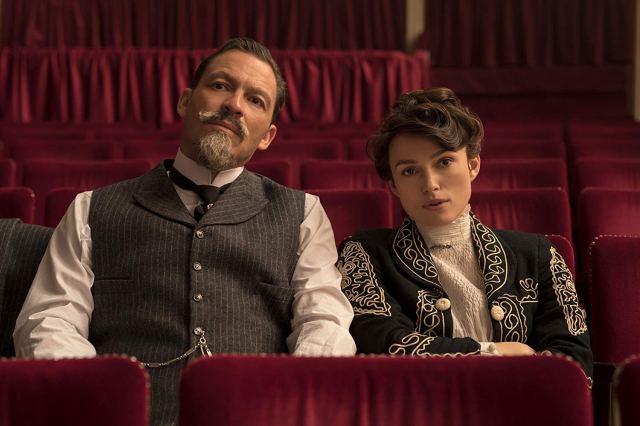 Knightley however is the most interesting element onscreen, given another showcase to play with her alternating textures of warmth and bitterness. Dominic West as Willy gives mostly what we expect of him in this kind of role, but Knightley pushes back against the confines of more reductive reads of her as a performer. Her Colette works against the limits of the film’s sparsely drawn daring, challenging perception and convention with a defiant gaze and clipped wit that the film sorely lacks. One imagines a version of the film less defined by tidiness could have given her a better showcase in turn, instead of playing like a book report given the gift of a skilled orator. She’s alive, but stuck in material that doesn’t always serve her.

Colette is ultimately passive where the material begs to challenge, flat where we want it to be stylistically sumptuous, basic where we want insightfulness. It’s about desire without satisfying any of ours.