As told in the real life account of David Sheff and his addict son Nic, caregiving for the addict is a process of learning from avoidable mistakes made on a foundation good intentions. Director Felix Van Groeningen brings their story to the screen by unfortunately finding much of the same footing with Beautiful Boy. The film has its heart in the right place, well-meaning and holistically aimed, but makes crucial and sometimes repeated missteps that sink the entire enterprise. It’s a film too lacking in self-awareness to get out of its own way and to detrimental effect.

Much of the problem is the relative gracelessness with which Van Groeningen approaches the material. Detailing Nic’s fraught adolescence of feeling like an outsider, he slow-then-sudden descent into crystal meth is presented with catastrophically blunt story mechanics. The heaviest and dullest tool in the director’s arsenal is a thunderously loud soundtrack that drowns out any real pathos happening onscreen, and between needle drops is overly-wrought and empty sentimentalism that obscures the human element underneath. We can find what’s real among its mess, but the film doesn’t lead us there.

Underneath the noise, there is something worthwhile in its layers of scar tissue rendered through the film’s shaggy, jagged structure. Here is where we get something true to the experience of how addiction and caring for the addled often means reliving past trauma and bruising it anew. But as soon as you grasp that or any other humane insight, Van Groeningen’s labored and inauthentic slabs of emotionalism knock it out of your reach. He is most interested in the most pedestrian sentiment, the stuff of greeting cards and soap operas rather than actual healing. Despite the obvious respect for the Sheff family and their history, this telling of Nic’s vicious cycle and David’s inability to provide lasting stability does little to honor their journey or to illuminate the outsider.

That demonstrative approach leaves little room for his actors to connect as well. As David, Steve Carell is reduced to the stilted talking points of Van Groeningen and Luke Davies’ screenplay (adapted from separate memoirs by both Sheff men). Meanwhile Timothée Chalamet reveals his more mannered impulses, formerly well suited to previous performances, but here a bundle of tics and behaviors too willing to makes themselves present to the audience. The two are out of sync in ways that don’t serve the narrative, further forefronting the less organic and hokey presentation that the director establishes their relationship. 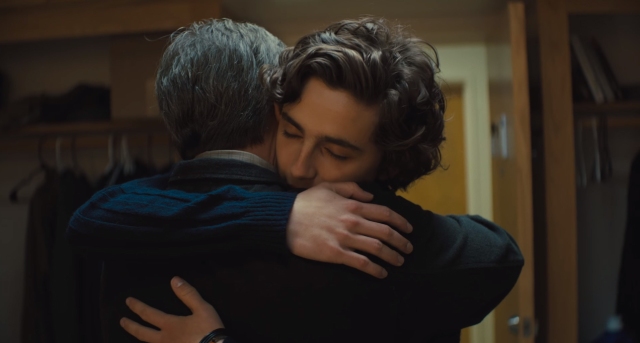 The most honestly realized moments come from Amy Ryan and Maura Tierney, playing respectively mother and step-mother accepting their helplessness to differing degrees – the film doesn’t give nearly enough of them or the precision the provide. That the film is disinterested in their nuance is another way it accidentally reveals how divorced its ideas are from presenting the real struggles of real people, and not just the Sheffs.

Misconceived and ill-handled, the film presents addiction as a force against we are powerless, that requires patience and admission that it cannot be tamed by outside force. And yet the film is self-defeating by not following its own lesson, trying to force its square peg of sentiment into our round tear ducts. At best, the film is happy just if we cry rather than greet addiction with more compassion and understanding than we had before entering the theatre. At worst, it inadvertently glamorizes drugs. Its ideology is similarly misguided, giving us approximately twenty minutes of screentime devoted to hugs, but provides no avenue or source for actual outreach or help when it presents some vague data in its closing credits post-script. The result is all-talk advocacy without followthrough, compassion without human depth.