Consider Peter Hedges’ Ben is Back as a natural antecedent to his Pieces of April, with a few key improvements. The largely despised previous film was a Thanksgiving-set early-digital filmmaking effort with effortful emotional maneuverings in telling a story of a fractured family. This time he turns to Christmas to display deeper and wider reaching splinters within a broken home, this time coping with the addiction of the eldest titular son Ben Burns, played by Lucas Hedges. Though the writer/director delivers something less garishly composed than its quasi cinematic cousin, Ben is Back is largely aided by the vigor of Julia Roberts’ turn as the mother Holly. 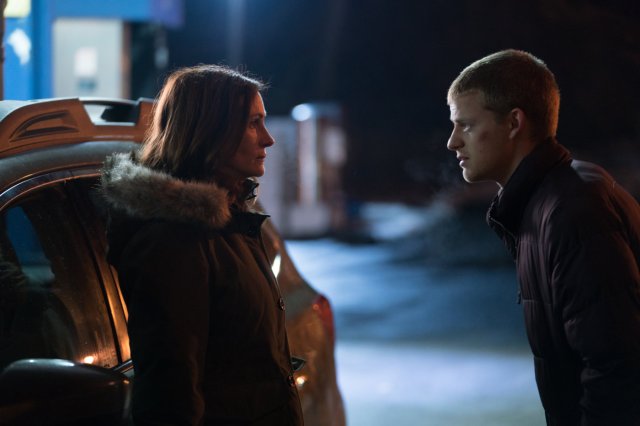 That Ben Burns who is Back has sprung loose from a rehabilitation center on Christmas Eve, somehow convincing his administrators to let him visit his hesitant family for the holiday. Holly is ecstatic to see him despite her own reservations and the much more anxious ones of her husband Neal (Courtney B. Vance) and daughter Ivy (Kathryn Newton). Ben’s past crimes and regretful actions bring a swift reckoning at his return, turning the reunion into a terrifying, helpless night for Holly.

While there is some ingenuity in presenting how the loved ones of addicts can have their lives tumble headfirst from peaceful domesticity into harrowing thriller with a few crucial choices, Peter Hedges might not have the graceful touch to prevent Ben is Back from histrionics. He positions Holly into several no-win situations that test the limits of her morals and her resolve, and the film is prone to the extreme.

But the film’s humble narrative thrust allows us to follow it where it wants to take us, resulting in a more effectively human and illuminating look at addiction than this season’s earlier misguided attempt, Beautiful Boy. The elder Hedges keeps it simple, allowing this specific piece of Holly and Ben’s journey to healing to feel specific and timeless. Also wiser, the film imbues crucial social context for how it positions this particular story within the epidemic – wealth and privilege are foundations for Ben’s addiction and Holly’s parenting. 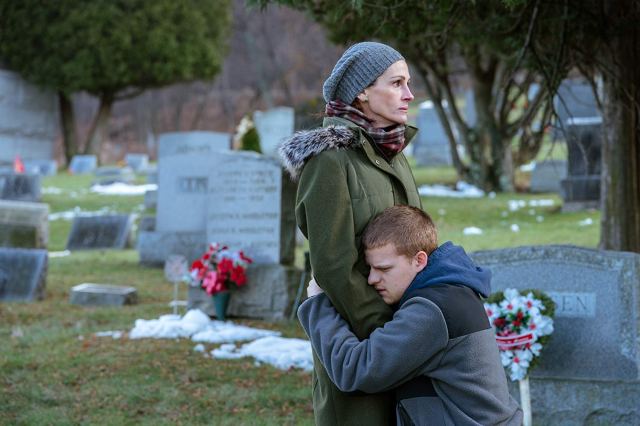 The film smartly places most of that trajectory on Roberts’ and (to a slightly lesser extent) Lucas Hedges’ shoulders. As Ben, Hedges is a contained raw nerve, reaching for catharsis that he is constantly denied by his own guilt. Roberts however is unleashed, giving a performance of steady descent as Holly exhausts her resolve and loses hope on her abilities to save her child. Holly provides an emotional arc as challenging and complete as Roberts has been offered in some time, and the actress stirs something rich and compelling. When the film plays obvious notes, she shines with emotional complexity.

If Ben is Back does not offer much in the way of comfort, it does succeed on a contextual clarity to help audiences understand the impact of addiction both within the home and outside it. As Peter Hedges’ work steps closer to authenticity, it has also become somewhat more refined and palatable to aid social awareness for its subject. It’s imperfect, but it lands its punches and leaves some bruises too.