The films of Pedro Almodóvar have always been personal. His fascinations have becomes their defining characteristics, their anguishes an extension of his beautiful soul bent on provocation, their wit his own distinct and invaluable point of view. They are of him, beyond even his often audacious queer perspective unmatched for its invention and breadth across decades. His films have an identity that is all their creator, impossible to extricate from how we interpret the artist himself.

But his newest film, Pain and Glory, is something much more emotionally raw and revealing without the artifice of interpretation. And with good reason – even for a filmmaker unafraid to use aspects of himself in his art, this film represents a soul-bearing. If we thought we knew Almodóvar, Pain and Glory is him claiming a persona as bruised and introspective as it is vibrantly alive with feeling. Any guard that was previously there before in his coy narrative has been stripped. 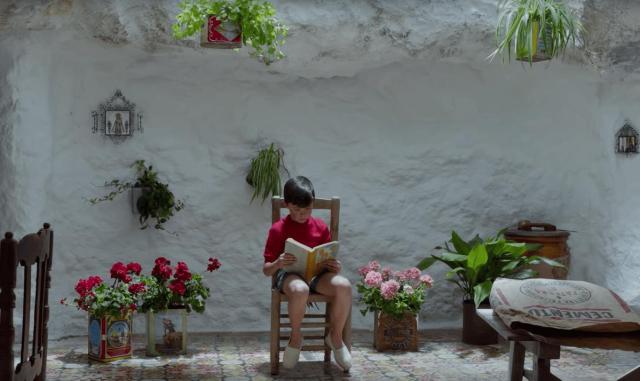 This time, Almodóvar is most directly delivering memoir without a safety net and with vulnerability towards his audience, even moreso than he had with Bad Education. He enlists frequent collaborator Antonio Banderas to play a not-so-thinly veiled version of himself named Salvador Mallo, all shock of hair and technicolor fashion sense. But his gentle demeanor is what is foregrounded, with the film’s episodic wanderings revealing the ghosts of past loves, addictions, grief, and formative experiences that shaped his queer identity.

We see Mallo’s mother (played in stages by Penélope Cruz and Julieta Serrano), with chapters especially detailing their humble homelife in Salvador’s childhood and later pains as she nears death. Asier Etxeandia appears as Salvador’s former actor Alberto Crespo, turning a formerly tense relationship into one that hooks the director on heroin before a creative reignition. Old loves return, figures of lust appear in original eye sin, and his reputation wanes. But as Pain and Glory meanders through all of it, the film builds to an emotional, restorative climax driven by the gravity Salvador’s (and obviously Almodóvar’s) mortality.

A piece with his recent underrated Julieta, this film finds the auteur developing a somewhat mournful and quite reflective tone that suits him. It’s take a bit for the film to gel into this however, with the Crespo chapters initially lacking the film’s definitive grace notes to absorb us. Though that sense of building to something makes for a fitful first half like the film warming up to the story it ultimately wants to tell, the ultimate payoff has deep emotional effect. The final shot especially highlights the cinema of life, and feels like a conclusive piece of heeling from the legendary filmmaker. 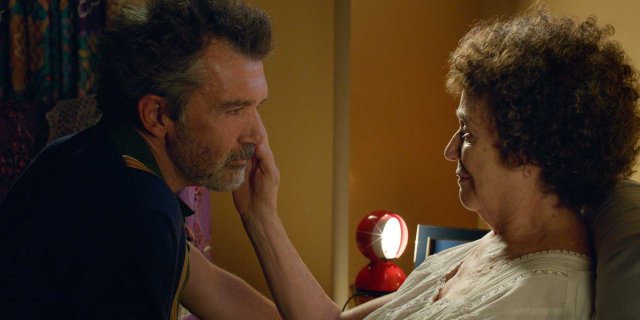 But matching the film’s understated, precious observations is the anchoring and heartbreaking work by Banderas. The actor is in his finest form here (indeed perhaps the greatest performance to ever be captured by Almodóvar’s camera), delivering nothing less than a completely emotionally invested performance. It’s as if Banderas has some revealing to do too, through the guise of his director’s life – that’s how revelatory and breathlessly personal it feels. His work is exquisitely in sync with what Almodóvar is attempting to achieve, painting for us a soul aching to be released.

Pain and Glory was screened at the 2019 Toronto International Film Festival.