Noah Baumbach opens his newest film, Marriage Story, with a duet of affectionate observations between married couple Nicole (Scarlett Johansson) and Charlie (Adam Driver). Included in their lists of admirations for one another are details symmetrical and some suggest a fractiousness, but among their mirrored responses is their young son Henry (Azhy Robertson). But as the bottom falls out and their love lists prove to be an early exercise in their just-beginning divorce proceedings, this lyrical sequence proves to not be a first deception but a very pointed preamble. Marriage Story is about a divorce, but it remains a love story.

That initial feeling of Nicole and Charlie’s perspectives presented in balanced tandem continues throughout the film, or as much as Baumbach’s narrative allows while his protagonists have opposite trajectories. Nicole has already begun to recalibrate her sense of self after a marriage that became defined by her willing sublimation, as told in an extended monologue delivered with staggering honesty by Johansson. Charlie meanwhile is just beginning such a journey, as the inconveniences and frustrations of the divorce process bring to the surface his deep need for affection and control. They become different kind of raw nerves, alternatively of renewal and breakdown.

As part of their separation, Nicole wishes to move to Los Angeles to start fresh in a new starring role on a television series. With Charlie about to mount a Broadway transfer of an abstract off-Broadway piece he directed (and Nicole initially starred in), this complicates things for the family arrangement. What begins as a civil arrangement between the two turns into an inter-state custody battle, with Nicole landing a warm and cutting lawyer Nora (Laura Dern) and Charlie jostling legal advice between too soft Bert Spitz (Alan Alda) and the hardball Jay (Ray Liotta).

It’s the process and the system that is demoralizing, that pushes Nicole and Charlie into animosity over the sad end of their marriage. But even as their pains crack open anew at all of the procedural and situational injustices, Baumbach punctuates the film with blistering tenderness throughout.

Save for a few moments (namely the film’s centerpiece knock-down-drag-out battle of words between Johansson and Driver), Marriage Story presents a much tamer Baumbach than expected. Some moments beg for his tougher instincts, or perhaps at least his more cutting brand of humor. But the film’s gentleness is so mindfully administered that you can sense Baumbach attempting to push towards something soulfully new. Marriage Story also finds Baumbach trying a wider variety of tones than he’s accustomed to in order to show the ever-shifting nature of love enduring through divorce. 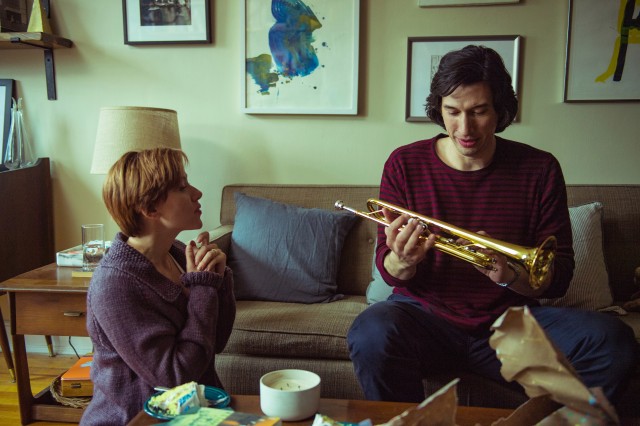 Moreso than ever, his dominant note is warmth. The film is alternately very sweet, dissociative, alive with renewal, or even gaspingly absurd – a late sequence with a knife will safely rank among Baumbach’s funniest and most viscerally cringe-inducing interludes. Precise in moments, if softer as a whole, his overarching attempt here still makes the film feel like a progression of sorts for the writer-director.

The film also proves a sensational acting showcase for its entire ensemble, from Dern’s masterful shifts between compassion and incisiveness to bit players like Merritt Weaver and Julie Hagerty as Nicole’s Charlie-adoring relatives. But it’s the performances of Driver and Johansson, both responsive to one another and isolated in their character’s cosmology, that turn Marriage Story into something transformative. Theirs is a challenging and authentic chemistry, making Nicole and Charlie’s wounds feel painfully real. If the film dips its toes into the treacly, their work keeps the film grounded in humane idiosyncrasy.

Marriage Story ultimately feels like an attempt at healing and growing out of our worst tendencies, of appreciating a simplicity of love in increasingly complicated circumstances. It’s a literate piece of filmmaking, with visual references to Bergman and a heavy ear for Sondheim, but also a fiercely emotionally intelligent one. With entire stretches likely to hit close to home for many audience members across all types of marital and relationship experience, Noah Baumbach has made his most relatable film.

Marriage Story was screened at the 2019 Toronto International Film Festival.