After his longest filmmaking gap since emerging with The 40-Year-Old Virgin, Judd Apatow returns with another character piece about someone getting their shit together. His films have been defined by focusing on protagonists with atypical charisma and unexpected depth, taking archetypes like the stoner of Knocked Up or the promiscuous drunkard of Trainwreck and giving them complete arcs. More than that, his films aim to challenge reductive perceptions of his heroes while also allowing them to grow in organic human ways. His latest, The King of Staten Island, entirely misses the mark on all of these elements. 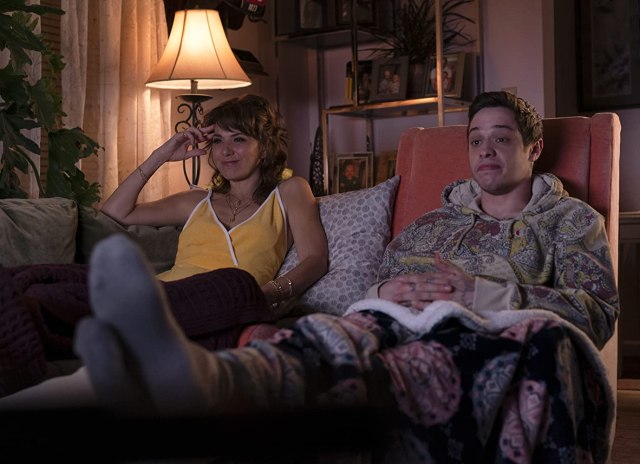 Bluntly lethargic as an ocean barge, the film asks little and gets less from its protagonist Scott, played by Pete Davidson. Still living in his mother Margie’s (Marisa Tomei) home well into his twenties, the departure of his college-bound sister Claire (Maude Apatow) shakes up his unchallenged status quo. Scott has thus far been satisfied by a haze of pot smoke and new tattoos, without acknowledging his childhood trauma of the death of his firefighter father. But when his mother takes on her first boyfriend (Bill Burr) since his death, Scott has to finally move out and begin to grow up.

Much of the characters and story beats surrounding Scott are more interesting than anything in his very familiar trajectory, making the time focused solely on his inertia become a chore. After all, it’s Claire’s renewed self-worth that forces Scott to get his act together and her journey is far more compelling, even if it exists on the fringes. (Tomei is exceptional as ever, for what it’s worth.) With such minimal internal or behavioral growth displayed from Scott, it especially begs the question of why the story doesn’t belong to her.

But perhaps this is the fault of Davidson to map a performance that takes David into emotional or mental territory that registers as substantially different from the beginning of the film and the end. He morphs into someone only slightly more motivated, only slightly more considerate, only slightly more communicative than the low bar set at the beginning of the film. Davidson is largely out of his depth regardless, exacerbating the unsatisfying arc the film provides him by scarcely adding dimension to Scott’s interiority. Uncharismatic in the extreme, his performance is entirely out of sync from the demands of Apatow’s trademark lovable losers. 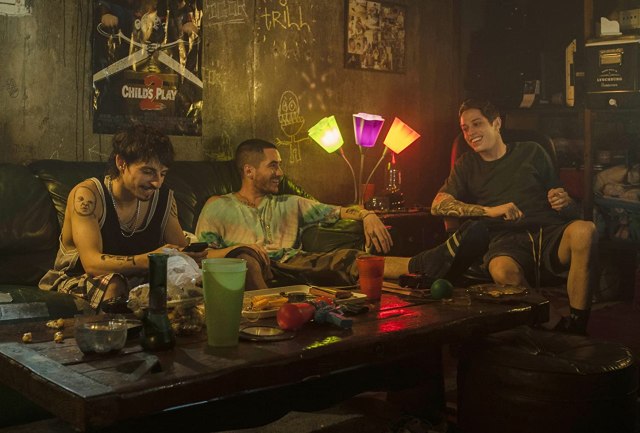 Also starring Bel Powley as Scott’s on-off love interest Kelsey, the film saunters about for far too long and into every expected plot development, with Apatow’s usual structural looseness (eyerolled by many, but refreshingly organic to this viewer on most occasions) hardening into a heaving lead weight of a film. The film reaches for emotion and sentimentality, but seldom grasps anything While Apatow’s comedies have comfortably swayed into elements of touching drama, for The King of Staten Island it’s unclear whether it is Apatow’s most overt attempt at drama or if it just merely laughless.

The most to recommend the film for is another Apatow staple: its vibrant and tone-setting ensemble. But what is missing from the Apatow aesthetic is what is the film’s downfall; it lacks a centering performance that surprises in charm and insight. The failing of Davidson is that he has neither, but the failing of The King of Staten Island is that missing a key ingredient might reveal the overall thinness of Apatow’s intentions.