Ava DuVernay’s relentless documentary 13th charts the connective tissue between American slavery to our current mass incarceration epidemic, showing the evolution of American degradation of black bodies through the loophole language of the 13th Amendment that allows slavery to continue through criminal punishment. The film is exhaustive and vigorous, connecting history with our present with an inarguable force and impact. 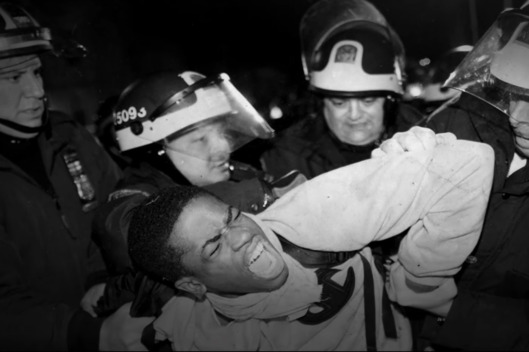 DuVernay crafts the film like a fortress against the opposition ready to call the film mere propaganda. The data exposed at every turn is accessible (if suppressed) elsewhere, but the power of 13th lies in the rational linear assembly of its thesis. Where propaganda aims to play squarely for your emotions and baser instincts, this is a document that calls primarily upon your intellect and rationale. Similarly it is also deconstructing insidious racist ideologies and practices through examining how they have evolved around legality to continue suppressing African Americans. There is condemnation for all sides of the political divide; 13th stakes no political affiliation beyond common decency for black people in America.