2017 was another very special year at the movies for yours truly – especially with getting to attend TIFF for the first time, this was a “before and after” year if I ever had one. As the world finds new ways to be unbearable, filmmakers haven’t been a stronghold for reflecting that awfulness while reaffirming our human resolve. I can’t remember a year where a film’s compassion could be felt so acutely. As ever, the movies were both an escape and a mirror. The running themes in the year’s best films are the terrible times we live in writ large and a reactionary, hard-won empathy, as if the movies were speaking to one another – a salve for the burns, or kindred spirits in tearing things down to build them back up again. How can one say that it’s a downer for the movies when they count for more these days?

And yet the complaints persist that the year was a disappointment. If you argue that this was an underwhelming year for film, the counterpoint remains to simply see more movies. From the inescapability of Star Wars – The Last Jedi taking massive creative risks to delights under the radar like Princess Cyd, the rewards are everywhere whether you actively seek them out or you can’t seem to avoid them. Even Netflix has made some of the year’s best accessible to so many, even if it has blurred the lines of the TV vs. film divide.

Missing among my list below that were the most difficult to omit: the potency of Mudbound‘s character insight, the blasé gutsiness of Staying Vertical, the soul of A Fantastic Woman, the cozy/prickly ambition of Okja, and The Post‘s timely righteousness. Major players of the year that I have regrettably missed at this time include Phantom Thread, Loveless, The Breadwinner, and Félicité. Onto the top 15 films of the year…

END_OF_DOCUMENT_TOKEN_TO_BE_REPLACED 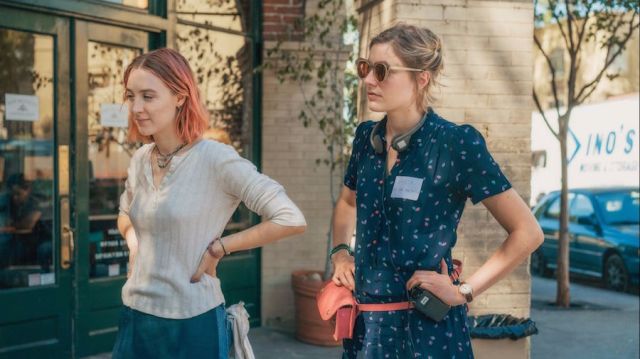 BEST FILMS OF THE YEAR
Beatriz at Dinner
BPM (Beats Per Minute)
Call Me By Your Name
Faces Places
The Florida Project
The Killing of a Sacred Deer
*** Lady Bird
mother!
Personal Shopper
Raw

END_OF_DOCUMENT_TOKEN_TO_BE_REPLACED

This year’s Cannes Grand Prix winner, Robin Campillo’s BPM (Beats Per Minute) is a staggering film. Detailing the Paris branch for the Act Up movement during the height of the AIDS epidemic, Campillo and his sprawling ensemble make the most humane film of the year in a year full of them. Embodying a spirit of activism that makes BPM an urgent and timely piece of filmmaking, there is hope in the act of resistance.

That sentiment is putting it mildly for the multitudes that BPM contains. Campillo is intellectually ambitious with the film and exacting in the breadth of what he achieves. It is a film of human beings that love one another, that bicker over crucial nuance and maneuver group dynamics. Human beings that protest, dance, fuck, and that live joyously and die unceremoniously. The outside world is cruel, but in here the water is warm. BPM is a masterpiece. 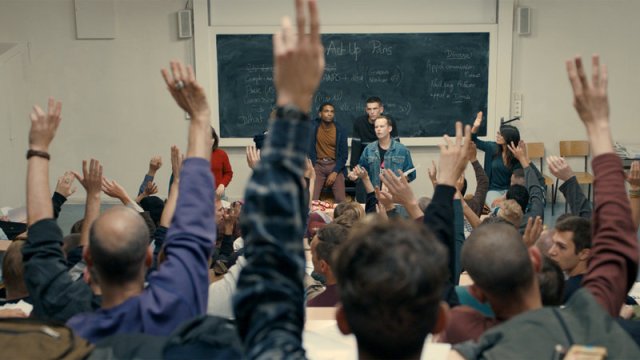 END_OF_DOCUMENT_TOKEN_TO_BE_REPLACED

A glance across the room, a shy gesture leads to awkward silence. Then the orchestra quickly stirs in as eyes meet, staying low until the sudden rush of requited love makes us exhale and catch our breath anew. If the love story we’re watching is worth its salt, it sweeps us away in both the minor movements of the build-up and the consummated passion. Azazel Jacobs’s The Lovers is that kind of breathless romance.

END_OF_DOCUMENT_TOKEN_TO_BE_REPLACED

Olivier Assayas’s Personal Shopper is its own unique form of thriller, as much a Hitchcockian psychosexual mind game as it is a thoughtful meditation on grief and the afterlife. Supremely at home in Assayas’s singular and graceful style of his films slowly revealing themselves, Shopper is deceptively slight while being fully loaded. It’s tough to grapple with what the film is doing in the moment (and still tricky on the other side of seeing it), vacillating from genuine horror to depressive character study to something else entirely in short span – but the film casts an invasive and ethereal spell.