Like the reanimation of ghosts past, the year leadup to an election cycle always guarantees a cinematic product and a shrugging response by audiences. Studios program glib or grim political musings that no one asked for, the best of which might have been the eyerolling self-seriousness of failed prestige play The Ides of March. Remember the Kevin Costner-led Swing Vote? There is a reason that you certainly don’t. While these films often arrive as naked attempts to cash in on the moment in superficial terms, cinematic memory typically does right in allowing them to go forgotten and quickly so. Pray for a similar fate to meet Jon Stewart’s Irresistible, a pungently toxic dose of cynicism in a subgenre defined by its cynicism. 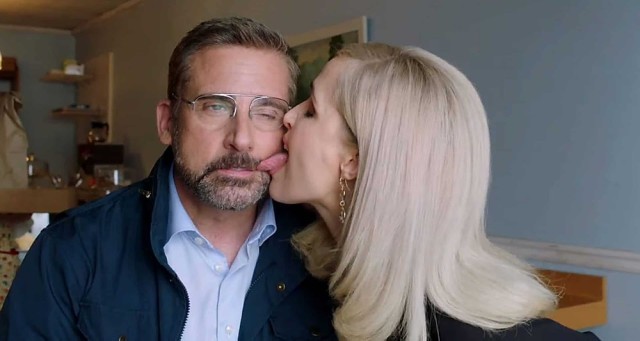