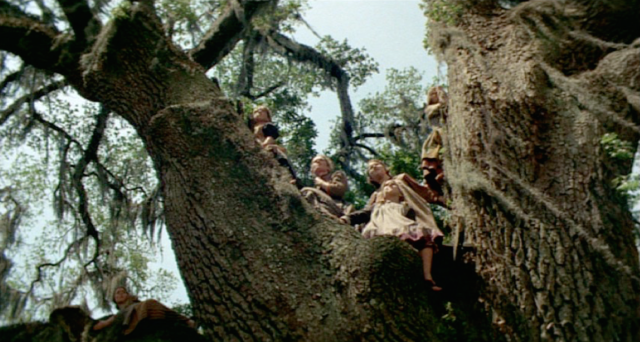 Don Siegel’s The Beguiled hadn’t ever entered my radar before recent remake news – nothing like Sofia Coppola announcing a new project to pique my interest. The female cast makes it all the more enticing: Nicole Kidman, Kirsten Dunst, and Elle Fanning. Yes please!

The original star Clint Eastwood is one I have always been mostly chilly to, so on the surface it’s plain to see why I hadn’t sought the film out prior to the Hit Me With Your Best Shot assignment. The film also was released in the same year as Siegel and Eastwood’s next collaboration Dirty Harry, so that maybe explains how it’s skipped in the history books.

The oversight is a shame on a few fronts. Firstly, the boarding school setting provides excellent fodder for some delightful actressing. While the always flawless Geraldine Page should have been enough to draw me to the film sooner, there’s also great varied work from Elizabeth Hartman, Mae Mercer, and Jo Ann Harris. Secondly, Eastwood’s mystique has rarely been used with such sexual self-awareness. His macho persona is used here as an object of lust, one he uses to his advantage to manipulate the women holding him captive.