Opening with a chic and hip cover of Florence and the Machine’s “You Got the Love” and delivering sumptuous primary color visuals, Paolo Sorrentino’s Youth, the follow-up to his Best Foreign Film-winning The Great Beauty, never becomes as fresh and incisive as its potential. Skimming the surface of the surface of giant themes about aging, love, and legacy, even the vibrant visuals become dull as the Sorrentino’s script favors the trite over the profound. Like a two-hour music video for a band you’re not cool enough to listen to, Youth exhausts audience good will with its frustratingly thin ruminations on Big Ideas. 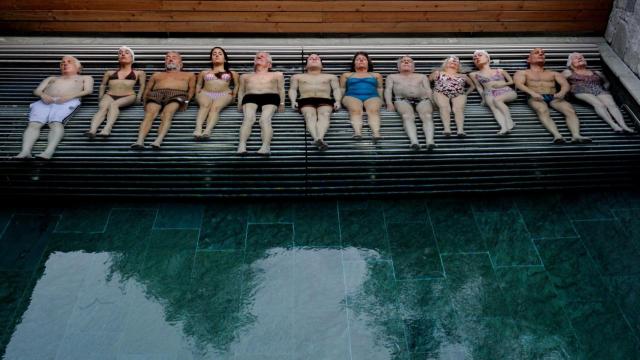 At times one wishes they could just enjoy Youth volume free, as the visuals hold far more subtext and intrigue on the film’s thesis. The aural experience is also loaded to the hilt with music cues that lack that early charm and become obtrusively repetitive. For a film as expressive as this, subtlety goes a long way and Sorrentino never operates in the middle – the audience is alternately served complete graceful serenity or complete braying platitudes.

The director does give ample room for his actors to plumb the depths of his half-shallowness to find what humanity they can grasp in characters equally as psuedo complex. Set in a spa in the Alps, composer Fred Ballinger (Michael Caine) escapes his pain as lifelong friend and past-his-prime filmmaker Mick Boyle (Harvey Keitel) preps a new film. Caine hasn’t had a role so suited to his introspective soulfulness in some time, and his performance is the film’s strongest facet. He illuminates whole timelines of Ballinger’s life with more pathos than the film really knows what to do with – he (like the film) is most insightful when no one’s talking.