A bustling New York City street hums at the start of Menashe, a sea of different lives moving independently, ready to become our story by catching the camera’s eye. It’s the titular grocery cashier, casually dressed by the standard of his Hasidic Jewish community, that sparks director Joshua Z. Weinstein’s eye. 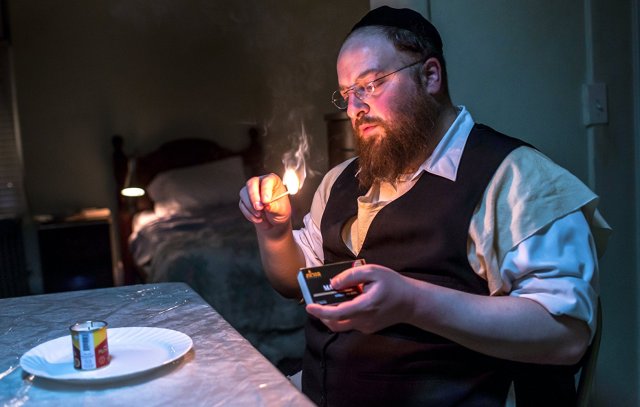 His coatless, hatless frame is the first suggestion of his role as outsider to tradition, as is his timid and stifled sweet disposition. He’s a grieving widower, with his preteen son in the care of his brother-in-law until Menashe can remarry and provide the nuclear unit demanded by the doctrine. But in his humble pleading to care for his son without interference and attempts to memorialize his wife in ritual is the faintest quake of rebellion against stricture.