You can see why Working Girl was a hit in its day – its emotional arc satisfies like a machine built to crank out warm fuzzies. It may not have the visual gravitas of Mike Nichols’s The Graduate, but similarly Nichols elevates the material to its full potential (even if Working Girl‘s ceiling is substantially lower). Melanie Griffith’s role is well suited to her unique balance of blue collar modesty and understated drive, playing directly to her natural abilities to star-making effect. Sigourney Weaver’s expressive subtlety is a great contrast, her directness merely a facade hiding deep insecurity and lack of self-awareness.

However, the film doesn’t hold up to contemporary scrutiny for its feminist intentions. Griffith’s Tess may be our hero, but the script is hell bent on treating her with pity rather than sympathy, defining her more by her foolishness than the gumption that makes her achieve her goals. As the villain, Weaver’s Katherine doesn’t fare much better. The actress is measured in making Katherine vapid, hilarious without tipping into farce. That lack of self-awareness is her downfall, for she’s as blind to her own patriarchal subjugation as she is to her ability for cruelty. The film is all too pleased to punish her when Weaver reveals her to be most vulnerable and human.

END_OF_DOCUMENT_TOKEN_TO_BE_REPLACED 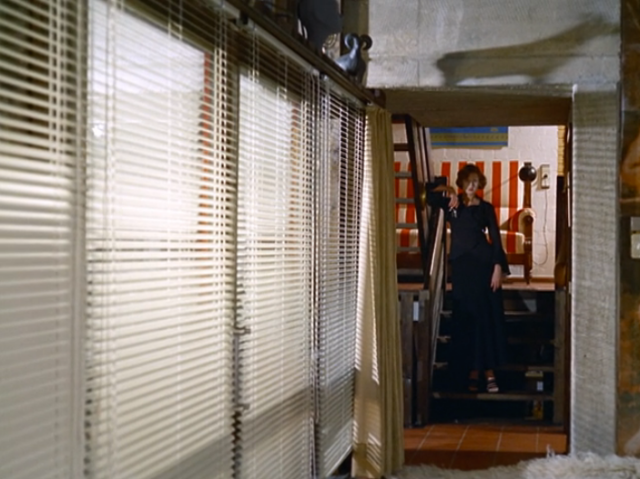 Sometimes one of the trickier parts of this series is that a film’s visual power can’t always be conveyed by a still image. Camera movement or shot duration can be as revealing as the composition of the frame, and despite evidence to the contrary, the internet can only contain so many gifs. Hopefully you get the idea if you’re playing along at home *wink, wink*.

The Bitter Tears of Petra von Kant is almost constantly in motion, whether it’s the camera or the actors floating about the space. Rainer Werner Fassbinder stages the film within an inch of its life, every shift in performer posture and glacial pan of the camera manufactured to maximum beauty. The marvel is that the film preserves an irresistible, austere gorgeousness despite its mannered approach. You reach out to touch it as it keeps you at arms length.