An incredible fusion of all elements working in harmony, Lenny Abrahamson’s Room rises above audience trepidations of grimness to craft a triumphant human narrative. Adapted by Emma Donoghue from her own novel, the film begins on the fifth birthday of Jack, who lives with his Ma in a 10×10 shed where she has been held as a sex slave for seven years. Expect less some less punishing than this sounds, for this is a film more interested in our ability to overcome than ruminating on the gruesome. Room is a film of healing. 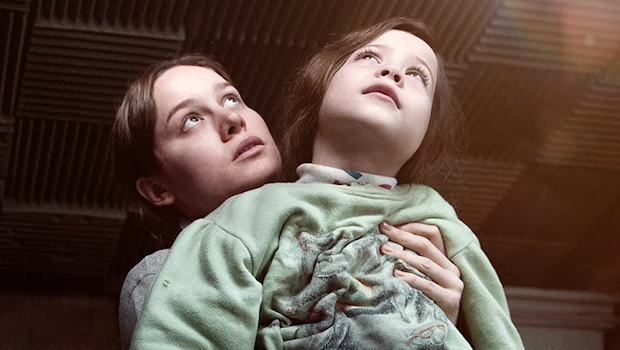 Observational enough about their everyday lives to satisfy our fascinations, but never dipping into the obscene or grotesque, Room doesn’t shy away from the unpleasant aspects. It’s been made sufficiently clear by the film’s marketing that Ma and Jack indeed escape their confines, so that’s no spoiler here. The angle Abrahamson and Donoghue take to engage the audience is favoring the personal over the sensational – Jack has been led to believe that “Room” is the total universe, so everything on the outside is a terrifying revelation. Things are not so easy for Ma, either, as escape unexpectedly denies the comfort and mental respite life away from her captor had promised. For the protagonists as well as the audience, the world of Room is never that simple.

As Jack’s Ma Joy, Brie Larson is uncompromising in her commitment to emotional honesty, a trait that steered her work in Short Term 12 to enhance that miraculous film. She carries all of the exhaustion, adoration, and frustration of motherhood with ferocious complexity without shying away from the mental stunting she experienced from her ordeal, still trapped at times in the mind of her teenage self. Whereas Larson’s ability to let the audience into a remote and emotionally isolated woman was utilized in 12 to service character, that skill is used here in the strong hands of Abrahamson to sell larger themes of parental resolve and the human condition to overcome trauma. She never strikes a false note, which is all the more impressive for how many notes she must strike at once in nearly every moment of the film. It is more than just a step towards a quite possible Best Actress Oscar win, but towards being one of the most respected actors of her generation.

Jacob Tremblay as Jack is not to be disregarded. Youth performances rarely carry this kind of weight in a film, with so much really on genuine performance without director manipulation and agile editing. This is a real performance by an actor as present and in-tune to the demands of the character as we have seen in some time by a child, with no aw-shucks cutesiness to be found. His experience is of equal dramatic weight as Ma’s, and while that is certainly resulting from Abrahamson and Donoghue’s presentation, it also has to be credited to Tremblay’s remarkable performance.

While it’s commendable for Abrahamson and Donoghue to not cave into baser instincts of moroseness with this material, the real triumph is how the approach allows the film to breathe without cheap melodrama. Part of why audiences respond so viscerally to the film is because of the immersive sensory experience built by Abrahamson’s team. Danny Cohen’s cinematography not only sells Jack’s distorted point of view, but also finds enormous visual variety both inside and outside of “Room.” The shots inside the shed, aided by inventive and immaculately detailed set design by Ethan Tobman, are so dexterous that we experience the lack of confinement much in the way Jack does. The sound design keeps the horrors understood – both Ma and Jack’s – while keeping specifics to be inferred. A precise, economic edit loads us with information while keeping tension just on this side of bearable, with the escape scene kept so complex in construction that you’ll forget to breathe.

The riches on display are far too rewarding to go into detailed specifics for sake of preserving the unexpected and the fragile nuance at work here. As a two-time reader of Donoghue’s book, I can safely say this one works strongest on an audience left in the dark on the proceedings beyond what has already been stated. Small moments, like Joan Allen’s patient love and Jack’s slow welcoming of the outside world, are best left to the actors who will stun you with their honesty. The most affecting things about the film are those that are opposite of the expected, or observations you had not considered at all – the messily unfortunate, the quietly profound, the precisely observed.

All of this is done without asking for our sentiments. Any and every tear shed – and if you think you will be impervious, good luck with that – is earned mightily through attention to detail both in the characters and their world, especially impactful because of the goal of truth over fruitless emotion. Lenny Abrahamson has made a note-for-note grand slam of a film, finding inventive solutions for this tricky material that only further develop every intertwined theme. It is as much about the healing power of love as it is the experience of growing past our own conceptions and limitations of the world, and those are just the two most accessible themes in a film of plenty.