Ang Lee’s ambitions disconnect from the results of Billy Lynn’s Long Halftime Walk, an all too undercooked study on PTSD and our proprietary culture back home feeding off of American veterans. Centering on the titular war hero Lynn (Joe Alwyn), his beleagured Army battalion is used for entertainment factor during a Thanksgiving football halftime show before being shipped back for their next tour of duty. Shot at 120 frames per second (well above the standard 24), Lee also utilizes a flashback structure to present a young soldier lost in time and space with all of his senses firing off faster than he can absorb them. 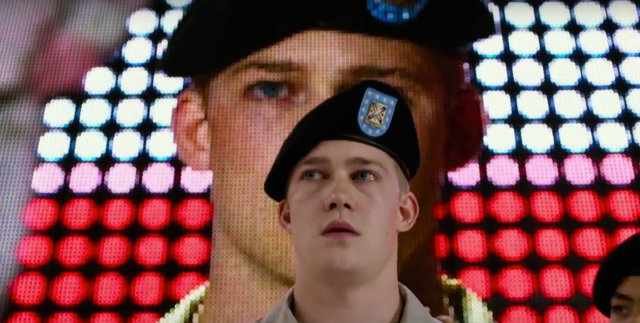 The struggle isn’t just in the fledgling technology but also in the broad flatness that pervades the film, the thematics and stylization much more interesting than the film brings them to be. Without the narrative groundwork done to make the film resonate, Billy Lynn isn’t much more than concept.

Through the supposed hyperreality of the accelerated framerate does create issues. Even projected at a standard rate as I saw the film, what you end up seeing looks largely artificial despite attempting realism. Actors in the foreground look disassociated from their background as if it was a CGI environment when that clearly isn’t the case. There’s little room for unique angles as the visual clarity becomes unflattering to the actor and obtuse to the audience – the result looks something like a fancy ViewMaster. What should, in theory, enhance the experience of putting us in the overstimulated, present headspace of the protagonist is ultimately more of a distraction. 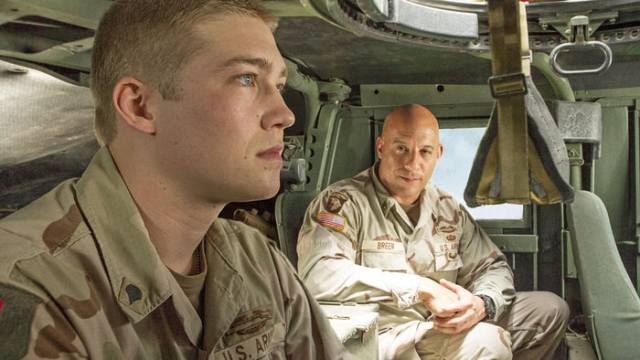 The film dispenses an uneven balance of honest feeling and greeting card sentiment. With all of the potential incendiary satire to be had regarding how our culture uses our armed forces to either reinforce their own ideas or to assuage their world view, it’s a misstep that the film mines only the most obvious ideas with the clunkiest of dialogue. Similarly, any connection the actors can make is dampened by moist, hokey sentiment and the obtrusive constraints of the technology. Actors frequently break the fourth wall by staring directly into the camera to deliver Emotional Wisdom, without it ever feeling like their looking at an actor on the other end – one wonders if the artifice inhibited the performances as well.

With more emphasis on its core ideas and less cheap screenwriting, Billy Lynn’s Long Halftime Walk could have been a forward step for the framerate experiment. Unfortunately in this case, the film itself needed more care to satisfy on its own narrative terms before it could ever be a massive leap forward for the artform.