David Lowery’s A Ghost Story was filmed in secrecy last summer, both in a response to and with the financial aid from Lowery’s experience creating the big-budgeted Disney remake of Pete’s Dragon. That off-the-grid air is present in the film, feeling like a found artifact or talisman from beyond. But what makes the film really register is the deep well of feeling that made Lowery’s Disney effort more than a retread into familiar emotional territory. Here, Lowery delivers something more than the cosmic and intellectually minded. What surprises in A Ghost Story is that it comes from the heart. 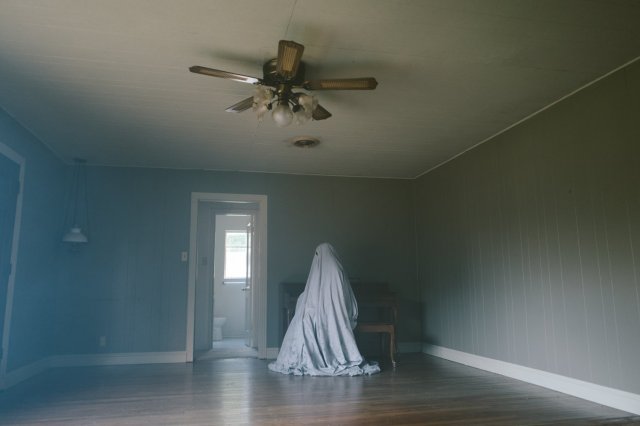 Reunited with his Aint Them Bodies Saints twosome, the film stars Casey Affleck and Rooney Mara as a young couple preparing to leave their somewhat remote fixer upper until he is unexpectedly killed in an auto accident outside their home. He awakes in the hospital, shrouded in a literal ghost sheet, only to follow his lover back to their home. As she moves on, his specter is trapped to the house, stuck in a cyclical flow of life. Death, at first terrifying and uncertain, becomes its own renewal.

As much of an earthy exercise as Lowery’s previous works, A Ghost Story still reflects massive stylistic and conceptual progression for the director. With a light touch and complex thought, the film is a creative leap unburdened by the pretentiousness you might fear would weigh it down. In the film’s brief 90 minutes, Lowery contains multitudes of time and space but also transient, more delicate bits of observation. He explores life in death not only through our place in time, but our place in the place we lived it. In every destruction is rebirth, in every darkness a bit of light.

For Lowery, the truth of life and death is dualities. A snobby hipster proselytizer carries some greater truth, a great love is taken for granted, time holds cruelty and healing in equal measure. Our space in this world is not our own forever, but the significance of our time is undiminishable. Profundity from nothing, and vice versa. Even the sight of the central ghost can be at once terrifying and silly. 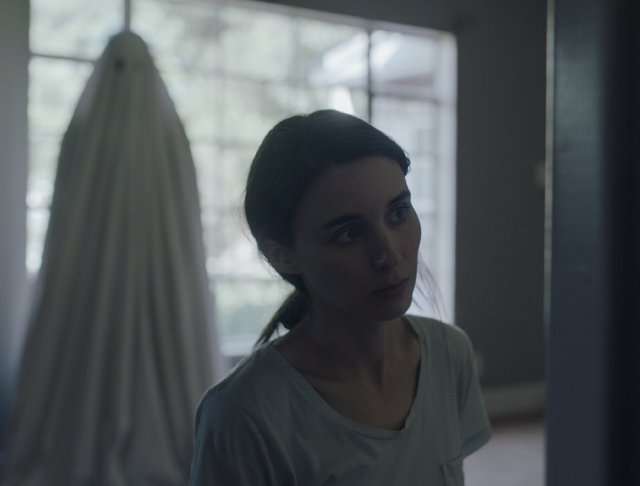 In that same spirit of duality, the film feels both immense and a bit of a trifle. It’s consistently moving and profound, but smaller pieces also evaporate in tandem. Story floats deliberately, without much concern for if or when it docks. Meaningfully so or not.

The film’s peculiarities (old-timey framing, the notorious pie scene, to name a few more obvious ones) lend a otherworldly tone that Lowery smartly keeps at a simmer, still emphasizing reality. The less patient viewer might bristle at its flourishes, but the film is almost so nakedly well-intended that such grousing is almost to not accept the film on its own terms. Story is certainly best experienced if you let it wash over you.

Even in death, life remains a beautiful mystery. And maybe our experience was not as clear as we thought when we were living it, or not as complicated. We think of death as finite – all resolved, all questions closed instead of more created. Story’s majesty is that it presents it as passed through as much as life.