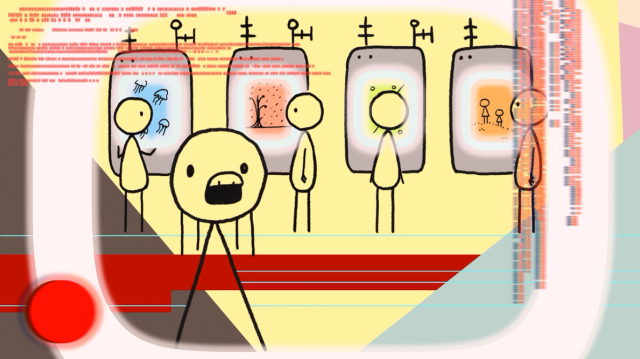 It’s shorts week for Hit Me With Your Best Shot, a branch of film that I’m unfortunately not well versed. Outside of wide release for each year’s Oscar nominated shorts, accessibility is the issue – though that seems to be changing as more streaming services hit the market. However, without the level of discussion and coverage given to feature length films it’s difficult to discover which ones to seek out.

This was not the case last year for Don Herzfeldt’s World of Tomorrow (long available on Netflix and other platforms) thanks to high critical praise and vocal fandom since its debut at 2015 Sundance Film Festival. It’s easy to know that a film exists if major critics are calling a film one of the year’s best, feature-length or not. 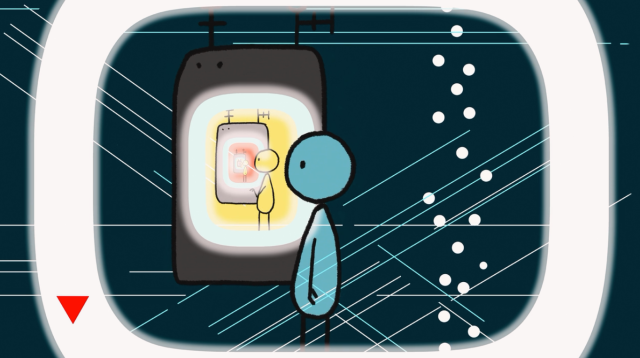 And Tomorrow is quite special. Set in an unspecified future where clones are common and our consciousness is uploaded to cubes for the purpose of posterity and consumption, the film features a toddler named Emily Prime that travels time with her future third-generation clone to see what becomes of her scientific progeny. In a brisk fifteen minutes, the film moves at a fierce clip, edited sharply to deliver quick laughs even as it deepens its own well of sadness.

Memory is valued above experience, what is lost forever while imprisons us to the past. Like the braindead clone David preserved for our fascinated amusement, we’re more beholden to what is already or will be lost to the point we lose appreciation for what is alive around us. This melancholy that Herzfeldt infuses is both precise and vague, a comment on the current that can be extrapolated to many facets of our culture: reliance on technology, climate crisis, structural dehumanization.

But World of Tomorrow isn’t a downer, I swear! If not optimistic, the film is at least humanistic and non-accusatory.

Herzfeldt’s rudimentary visual aesthetic is deceptive in its simplicity, just as the film’s brief length is packed with more insight than most feature-length animations. Somehow the stick figures and solid colors still create an immersive and entrancing experience, lulled by the soft tones and spacey depression of third generation clone Emily. The sadness that pervades even the moments of visual vibrancy is reflected in Emily Prime’s juvenile adorableness against her adult clone’s removed disposition. Our young heroine is often framed within less complex imagery compared to her counterpart, where time and context is blurred.

It’s pedestrian to simply say that adult Emily’s world reflects our own (a world of “images of other people watching viewscreens” and chasing other people’s consciousness through technology), even if Herzfeldt finds profundity in the obvious metaphor. The visual spark comes from Herzfeldt’s wholely unique rendering of a future commonly seen in science fiction – even the expected robots and orbiting satellites feel original in their design. It’s rare for post-Matrix age science fiction to feel this fresh or underivative, even outside of the mainstream – plainly put, Tomorrow is more thematically and visually diverse than most of its genre contemporaries.

My choice for Best Shot is (again) one that holds all of this thematic and narrative accomplishment in one moment.

Here the third generation Emily clone is both in the moment and watching it reoccur – a capsule of Tomorrow‘s take on the impossibility of being in the moment. The visual layers within the frame are gorgeous, the textures and colors as intertwined and complex as the themes at play. For the short film that covers a lot of ground in short span, this shot is one of the few that gets most of its ambition in one bite: diverse visuals and thematic resonance with big, intimate ideas.